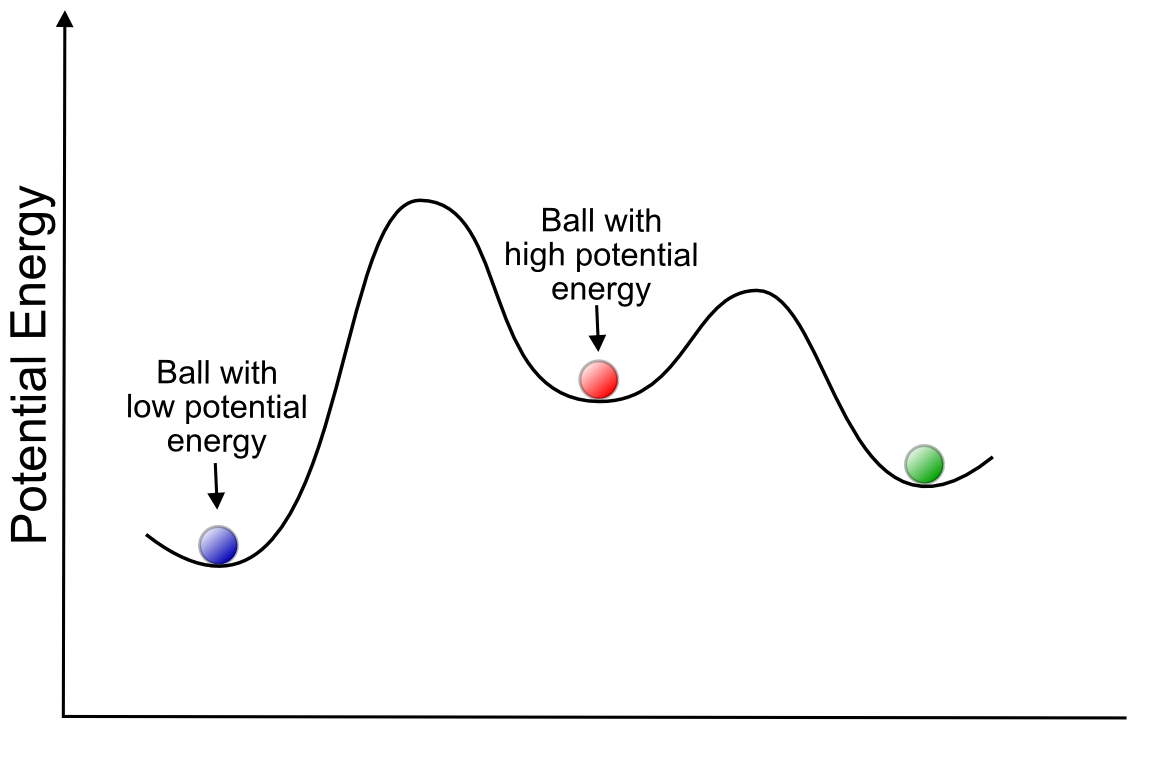 Thinking in terms of the potential energy of molecular transformations, the valleys in this landscape represent stable molecules, and the peaks represent transition states between them. Our ball would like to find the lowest possible valley, but if there is a tall peak in its way, it will require a lot of energy to get there. For example, the "lowest valley" for a carbon atom in a piece of paper is as carbon dioxide (the product of burning it), but in order to do that, it would have to disconnect from all the carbon and hydrogen atoms around it. Not only does carbon have to "disconnect" from all its surrounding atoms, but the double bond between the two oxygen atoms of oxygen gas (O2) has to break as well. These atoms are relatively stable connected to their current neighbors and a lot of energy needs to be put into the system in order to break these bonds. We should feel lucky that there is such a high energy barrier for this transformation, or else all organic material (including us!) would spontaneously combust.

In our hill-and-valley metaphor, the act of "putting energy into the system" is represented as expending energy to push the ball out of one stable valley and up a hill. After reaching the top of the hill, the ball begins to roll down the hill and release potential energy. In the case of combustion, CO2 is a much more stable molecule and its "valley" would be much lower than that of the carbon in wood. So when the C and O atoms recombine and the metaphorical ball rolls down the hill toward its favored state (CO2), so much energy is released that neighboring carbon and oxygen atoms are knocked out of their "valleys" up over the hill and on their way to CO2, setting off a chain reaction. 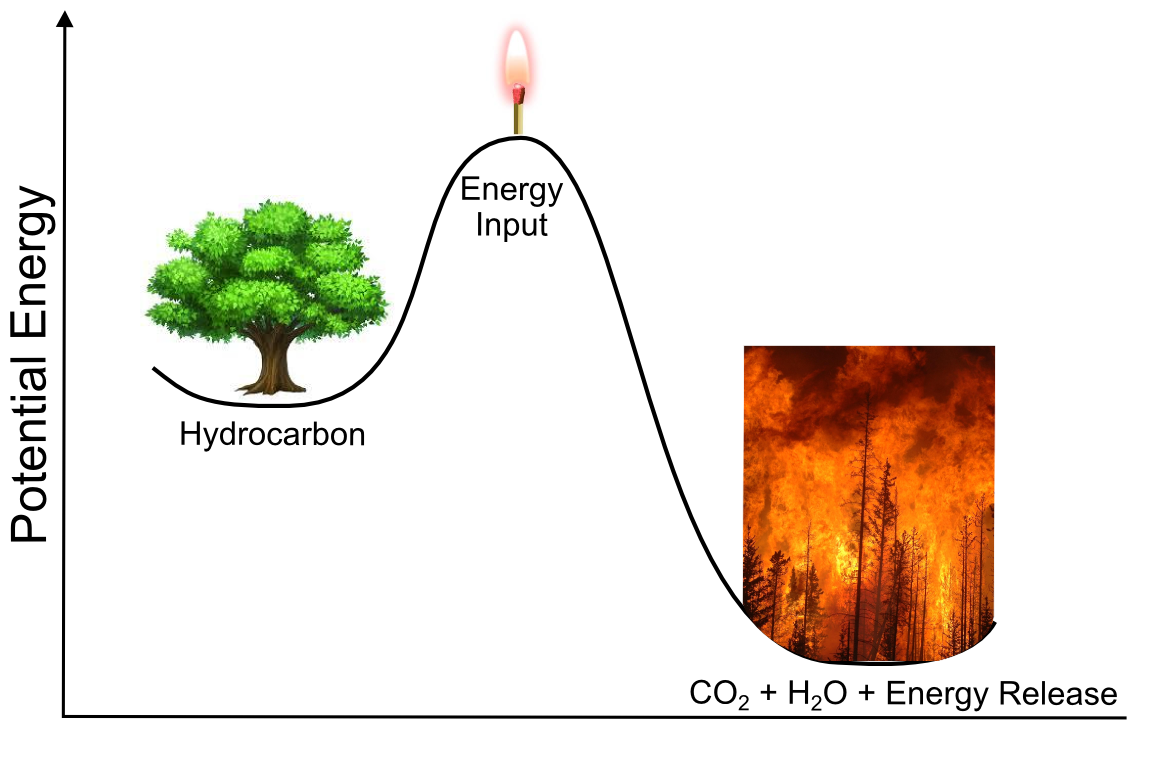 The thermodynamics of a change in a system is concerned with the difference in potential energy between two valleys, which allows us to determine whether a chemical transformation is energetically favorable (exothermic) or unfavorable (endothermic). The kinetics of a change in a system is trying to understand the barriers (hill peaks) between the valleys, and at what rate the system can transfer from one valley to another. In terms of electron transfer at an electrode, the thermodynamics of the transformation (gaining or losing an electron, and associated chemical changes) determines the E1/2 of a wave, whereas the kinetics of the transformation determines the electrochemical reversibility of the wave. For example, a transformation with a high barrier (hill peak) between two valleys would result in a "slow" electron transfer and an irreversible wave, but a low barrier results in "fast" electron transfer and a reversible wave.